The problem with aging is getting older.  Things start to seem foreign.  Terms, ideas that come easily to peers seem alien, almost impossible.  Sometimes it is simpler to pretend not to have heard something than it is to explain how something makes no sense.  Not only is it simpler, it is safer.  Sooner or later every older person will fall into the paranoia caused by the accelerated pace of technical achievement.

It is easier to assume that some "punk kid, still wet behind the ears" is lying, right through his healthy, youthful teeth than believe that they have a printer that will make objects in three dimensions. It has to be a lie, or witch craft.  But, it seems they do have printers that will make anything from a scale model of Yoda, to a working prosthesis.  And, if you ask really nice they might print you a slide rule, or an abacus.  Whatever you do, don't write on their tablets, man those kids hate that. 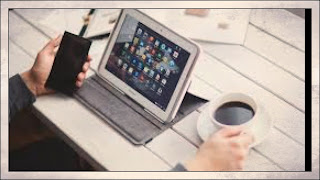 Despite being a little older, though, I like to think I stay in touch with rapidly expanding potential of mankind's insatiable hunger for more, and better technology.  Blogging is one example of that. I blog, all the time, enough to make people think, "shut up." My dad used to tell me I talked a lot but never said very much. At the time it didn't make much sense, now it snaps clearly into focus.


I don't understand all of the terms that people use when discussing computers, I recently decided to upgrade to an iPad Pro as my main computer. I looked at all these reasons listed as to why this would not be feasible, and not only did the convince me, I didn't understand most of them. If you don't know what they mean, they don't mean anything, that's my motto.

I blog from my iPhone, I write from anything, it is an addiction. If you want to make something work you probably can.  That's my motto, too. If you want a motto, I am your man, your one stop shop for a new motto.

Tim Clark
Just a guy trying to get by.