Don't Fix it, Deal With it!

Those of you with children in youth activities have at some point or another dealt with drama, usually caused by parents, not the children. My son's third season of soccer is underway and my regular readers know that it (ok - I ) can get pretty intense. Mind you - all in good fun! There is no insane yelling at refs, coaches or players for goodness sake. I believe in competitive fun - not disrespectful insanity!  Yet, still, each season has had some form of minor drama, like the time I almost took out my son's entire team because I gave them bananas at halftime instead of orange slices. Forgive me, I was new at being a soccer mom!

At the start of this season, I was quite confident that I had now achieved seasoned-mom status. In other words, I know the drill. Plus, there were multiple coaches interested in my son at evaluations so I knew he was going to once again prove a valuable player on any team he was drafted by.  However, I was not expecting this one, tiny, little wrench in the season.

Before I get into the full story, let me remind you that I live in one of those big, little-towns. Quite large, but small circles of people if you get my drift. Especially since I am a former teacher, odds are if we go places, particularly the soccer fields, I am going to run into at least one person I know. Most of the time this is an enjoyable occurrence.  Former students still treat me like a rock star! Unfortunately, there is a rare occasion where "knowing everyone" can be a disadvantage.

And, that is where we will continue with the story......

Two weeks ago I opened the email from the soccer league announcing my son's team and coach. Before I could activate my filter, I exclaimed, "Damn it, of all the freaking coaches in the league, we get the one I have a history with!!"

My husband's eyes bugged out of his head as he nearly choked on his breakfast.  I quickly added, "No, not THAT kind of history." 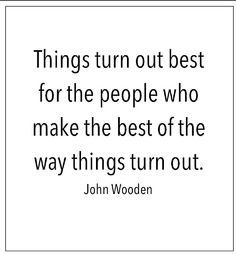 My son's head coach is a woman who was a former business client of mine who went completely batty on me when she couldn't get her way. I am sure I gave her a few "professional" choice words back. I reminded my husband of the situation and, despite being over 10 years ago, he stated he remembered it well, put a big grin on his face, and had nothing further to add. I'm not proud of this, but, hey, it is what it is, right?

I spent the next 30 minutes contemplating calling the director of the league and begging for a re-assignment. I griped to two other moms about it who told me I NEED to get him switched. My son turned to me before leaving for school and said, "Mom, what if she doesn't play me because of this."

"Oh, honey, she can't do that. One, it's against league policy and I would tell the director.  And, two, you're too good a player. Plus, she probably doesn't even remember me."  I wasn't so confident on that last point, but I knew I'd have her head if she retaliated against my son. So I'll lay low for one season. I'll stay out of sight and maybe she won't make the connection.  I'll go to games adorning sunglasses and shades. I'll be incognito!

I finally was able to see the much bigger picture here. There has to be some life lesson I could extract from this, a skill that comes with maturity. Maybe something to do with sportsmanship or.....people skills. I am a big believer in fate and, for whatever reason, my son is meant to be on this team. More importantly, though, I did not want to play the "mommy-card" and fix any possible unpleasant situation. It's just not my style. I prefer to teach my sons how to handle circumstances instead.

Later that day, my son asked if I was able to get him switched to a different team. I told him I wasn't going to do that, we were just going to have to deal with it. So we took the high-road and I told my son to go out there and show her what he's got!

Here we are, two weeks later and my son is thrilled with his team and his coach. He has even replaced the coach's own son as starting goalie. Something he wanted going into this season. (Although, it's going to lead me to drink!) My son was on cloud nine and that is all that matters. As for me, perhaps I'll bring orange slices as a peace-offering, but have my son hand them to her. I'll be hiding 100 yards away.

Posted by Lavender Inspiration at 5:00 AM